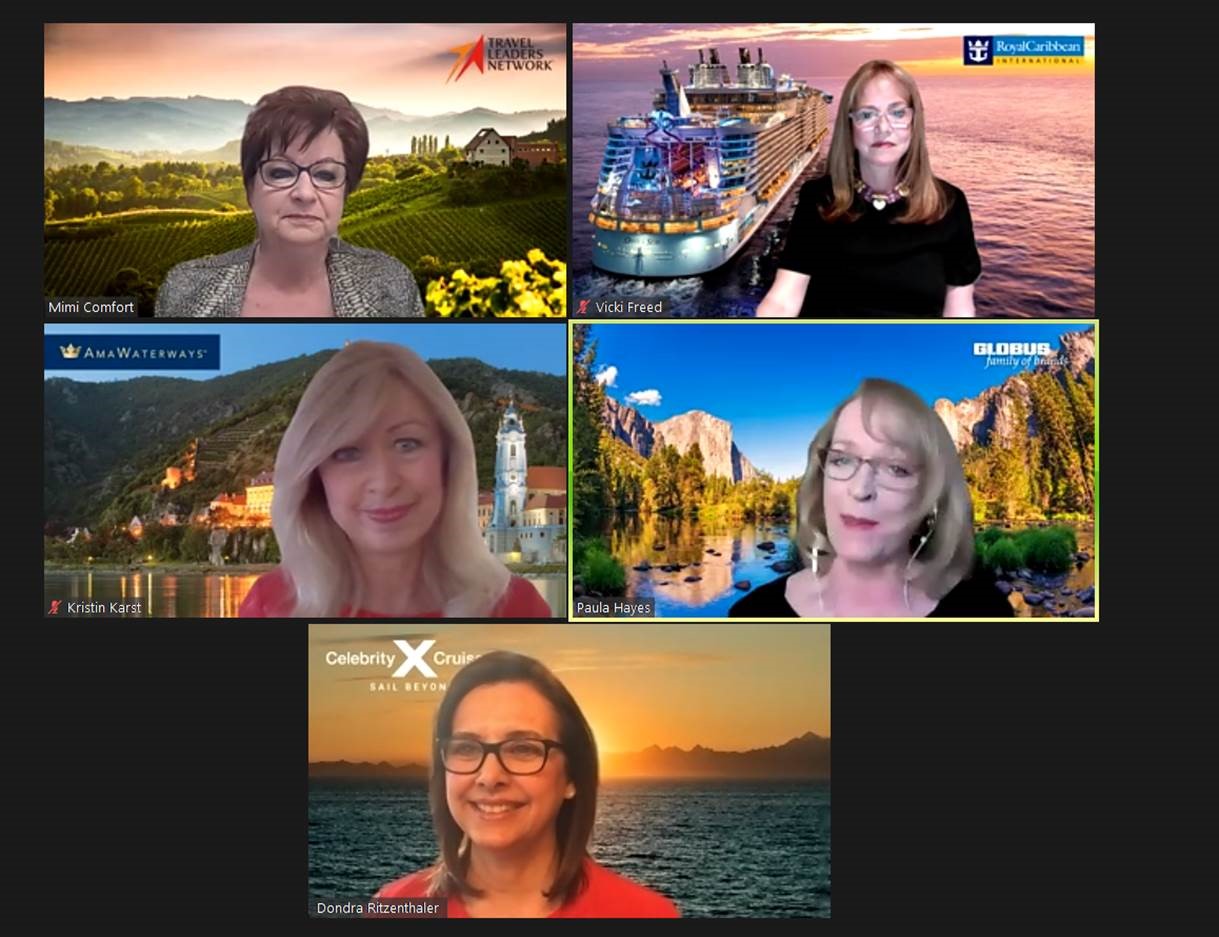 ALEXANDRIA, Va. (March 9, 2021) – On International Women’s Day 2021, Travel Leaders Network, the largest network of travel agencies in North America, hosted a women’s leadership panel with a theme #ChooseToChallenge. Held on Tuesday, March 8, this virtual event brought together highly-regarded women in the travel industry to discuss the importance of female leadership in today’s society and why it’s necessary to develop and empower the next generation of female leaders within organizations.

[blockquote text=”The next generation of women leaders need to speak up and trust their instincts. Women tend to underestimate their skillset or readiness to take on new roles—raise your hand!” show_quote_icon=”yes” width=”100″ quote_icon_color=”#ee3123″]

In a candid, lively discussion, the panel shared their stories and offered advice on a variety of topics, from finding balance to letting go of guilt to how women can grow and advance in their career. Each told her story of coming to the travel industry and the path she took to becoming an executive. Here are some of the highlights:

“The travel industry is fortunate not to have as much of a glass ceiling compared to other industries. But as a woman, don’t look at yourself as backup to the men. You are part of the conversation. But remember that titles don’t define you: be a person who is thoughtful and kind to others.”

“I was wrongly considered soft early in my career because I voiced the concerns of others. But this actually made me a stronger leader because leaders consider everyone. It’s called advocating. If I put my name on a decision, I want to make sure we have asked all the questions. Every board room needs a conscience.”

“If you want something, go after it. As a young girl in East Germany, I never would have believed I would own a river cruise line. The next generation of women leaders need to speak up and trust their instincts. Women tend to underestimate their skillset or readiness to take on new roles—raise your hand!”

Travel Leaders Network (www.TravelLeaders.com) assists millions of leisure and business travelers annually, and is one of the largest sellers of luxury travel, cruises and tours in the travel agency industry, with approximately 5,700 travel agency locations across the United States and Canada.